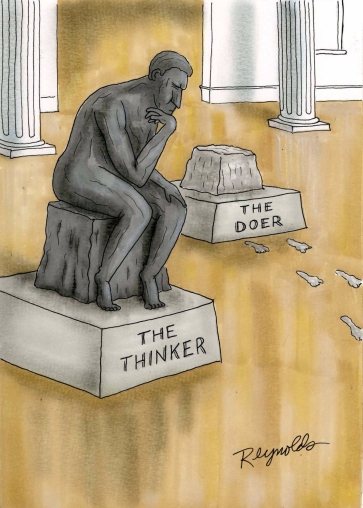 Much like a house remodeling will expose termites, organization-wide undertakings such as quality improvement, team building, reinventing, or downsizing will flush out dysfunction. The problems that arise from the installation of a new phone system or a computer upgrade can shift management’s attention in a hurry.

Large organizations are good places for dysfunction to hide. To find it, a leader must focus on each work unit separately. In doing so, he or she should be alert for problems that are attributed to individual personalities. For example, a group of employees may candidly tell their supervisor that they are having problems with Mr. Teflon, and if management got rid of him, things would get better. But when the leader tries to focus on exactly what Mr. Teflon has done to deserve their mistrust, none of their complaints or accusations ring true.

This nickname was once given to a manager who gave ambiguous directives that almost always needed clarification. If his subordinates got things right, he took the credit. But when things went awry, even though they had acted on the information he had given them, he denied ever having given those directions.

He frequently said things off-the-record to one person while sharing a slightly altered version of the same confidential information with another. When the two subordinates got together and compared confidences they discovered Mr. Teflon’s duplicity. When they shared their concerns with coworkers they discovered that this was typical of how he turned people against each other.

When his subordinates got together and presented him with a list of names and specific statements of his dysfunctional behaviors. His response was typical, “Well, I may have said it, but you should not have passed it on. I thought we had an agreement not to spread rumors. Even if I did say what you say I said, you had no right to pass it on.”

He then proceeded to scold them out for violating his confidence, and abruptly declared that he would no longer trust any of them. The group looked around at each other in dismay. They realized that despite their determined effort, none of their allegations had stuck. After that experience, they completely lost their faith in him.      A change in senior management is less likely to stir up dysfunction than a change of supervisor or lead person. It seems that the management changes at the higher levels have minimal influence on what happens at the operational level. But while a change in department heads might go unnoticed, replacing a first line supervisor can have a dramatic impact on production— and, consequently, on management priorities.

Today’s instantaneous electronic communication can also facilitate dysfunctional behaviors. As people rely less on face-to-face communications and more on electronic means, they pay less attention to traditional policies, standards, and procedures. Accuracy and reliability are too often compromised for the sake of expediency.

← Morale And Productivity Are Not Linked
Doers Face The Shadow Competition →