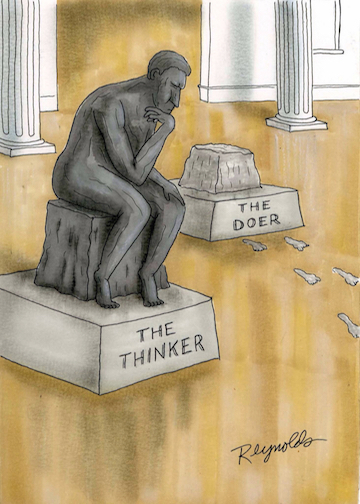 Doers have something special working in their favor: the innate desire to do a good job that triggers a willingness to acknowledge their own incompetence. Doers are also willing to put up with a certain amount of discomfort during the learning process in order to experience the end result—recognition of a job well done.

The best way to address the challenge of motivating Doers is to provide a real-life illustration. The company in this story was doing very well. Motivation was not a problem, at least not until the Board of Directors agreed to merge with a major competitor. On paper, this relationship looked like a dream. In reality, though, it turned into a nightmare.

The dealmakers had some concerns about the merging of two disparate cultures, but they were confident that the differences could be worked out. It was not long before interpersonal conflicts began popping up everywhere. Turnover, which had never been a concern for either company, started to rise—the Doers were leaving. Grievances and complaints flooded into the human resource department. Something had to be done.

A targeted training program was immediately put together and the call for sign-ups went out. Anticipating a large turnout, the organizers were dumbfounded when only a handful of people signed up.

When the survey results were reanalyzed, it was discovered that the respondents had not listed their own needs, but rather the needs of their counterparts, which explains why so few signed up for training. The evidence was clear: Doers from both companies were unaware that they were communicating poorly, creating conflict, and making life difficult for each other.

The training program was rescheduled and the classes were filled up immediately because the Doers from both companies were now motivated to learn together.

Once the former competitors emerged from the training program, they were able to focus less on themselves and more on serving customers in their newly expanded market. After all, that is why they merged.